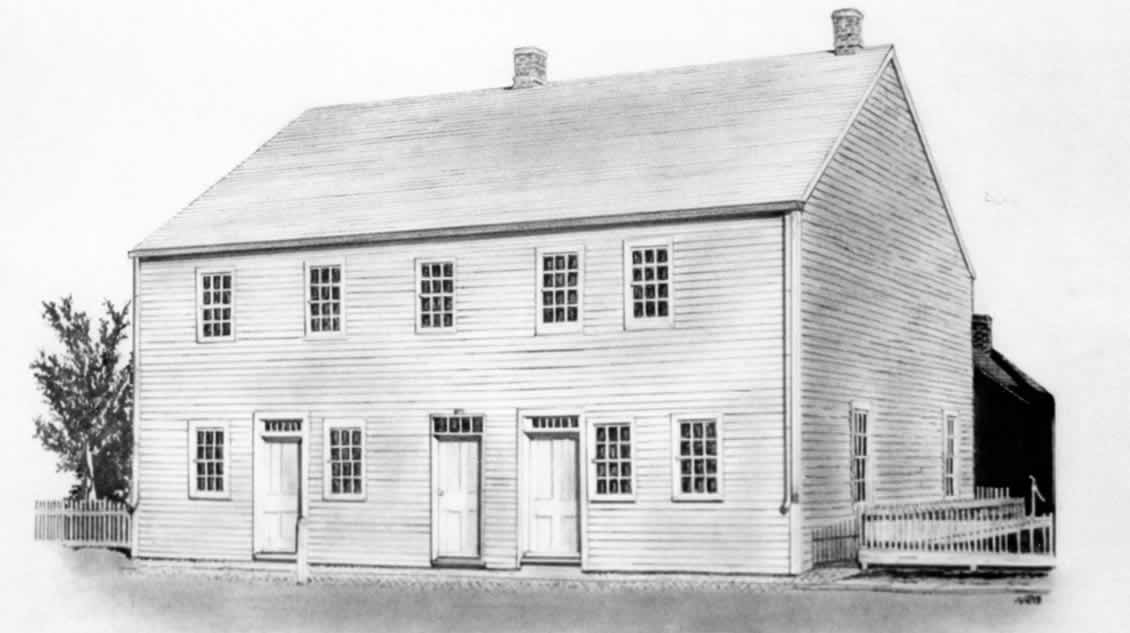 The Luelleman House museum is one of the oldest buildings in New Bremen. It is situated on a lot included in the original plat of the town in 1833.The lot was chosen in 1833 by A. H. Schreiber, a member of the City of Bremen Society. The empty lot was sold to Gerhard Heinrich Hehemann and he and his first wife Maria Engel Rolf, built this house in 1837. Hand-hewn timbers were used for the exterior walls. Than using the materials and methods of construction available at that time mud and straw (also called daub and wattle) and brick noggin (inserts)were used between the timbers to complete the building. This house represents the influence of New Bremen’s German heritage. The windows and doors are plain and symmetrical, the stairway is located in the front and the house is adjacent to the sidewalk. The building served as a residence and a shop, with an addition built on about 1846.

During a cholera outbreak in 1849, Mr and Mrs Hehemann and three of their children died. Three minor children survived as well as an older daughter, Anna Maria (Hehemann) Isern. She and her husband Friedrich Isern became administrators of the parents’ estate.The house was purchased in 1852 by Jacob Henrich Portune, Town Trustee and Supervisor . After his death in 1857 the house was willed to Susanna (Schuhmann) Portune. William H. Luelleman and his wife, Anna Catherine (Beckmann), purchased the house in 1868 from Susanna Portune., The museum was named The Luelleman House after this family who were the owners for more than 100 years.

William H. Luelleman (born 1835) was a mason from Bohem, Hannover, Germany. He and Anna Catherine were married in 1866 and William came to America. Anna Catherine joined him the following year.A brick summer kitchen with a root cellar was built behind the house in 1870. William H. died in 1890 at the age of 55 years. In 1896, his widow built another house for herself on the east half of the lot facing Water Street. She then rented the out the original house on Main Street.

In 1912, William H. F. Luelleman, son of William H. and Catherine Luelleman, built a barn and workshop between the two houses and encased an outside toilet built on slabs of Piqua limestone. In 1931 the son purchased the house and did a major renovation. In 1953, William H. F.’s son Carl W. Luelleman and his wife Esther became owners of the house. In 1973 the house was sold to Bruce Scheer.

Soon after its formation the association raised approximately $20,000 to purchase the William Luelleman house at 120 N. Main Street to serve as their historical museum. It was purchased through pledges from businesses and individuals. The house was completely paid for and dedicated on July 4, 1976. A major restoration project was completed and the house was placed on the National Register of Historic Places. 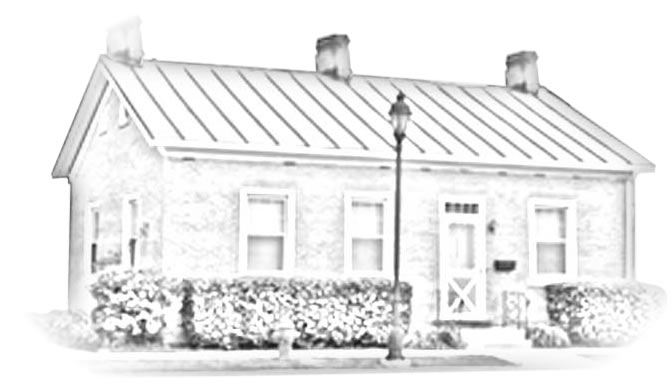 The New Bremen Historic Association decided to purchase the property at 236 N. Main Street because it is an excellent example of German architecture during the canal era. The barn on the property is thought to be one of the oldest remaining barns in New Bremen.

The property was purchased for $60,000 through a bank loan. Donations came quickly and the loan was paid off in a record 4 months. Generous donations were received from New Bremen organizations and individuals.

The name for this museum was chosen because records show the house was built in 1865 by Ernst Wilhelm Pape, after he returned from serving in the Civil War, to be his residence and tailor shop. At that time in our history, merchants often operated their shops from their residences.

The Pape House is made of brick and originally had two doorways with one for the shop and one for the residence. Though one of the doorways has been made into a window, other features of the house remain original. The ash floors and painted woodwork are featured as well as a three-paned transom above the front door and jack (flat) arches over the windows. Half- moon windows are found in each gable. The structure that was the summer kitchen has been attached to the house and gives the house an L-shape. The fruit/root cellar is intact below the summer kitchen. A pump is close to the porch. There is a frame barn at the end of the lot that dates back to 1870. It is believed be one of the oldest barns in New Bremen. All these features are typical of construction in that era. 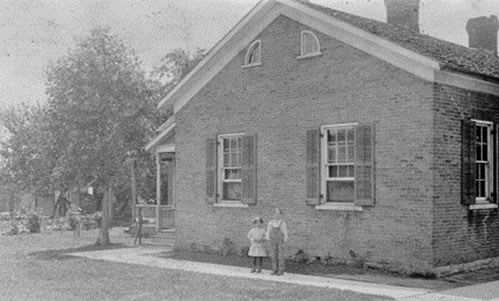 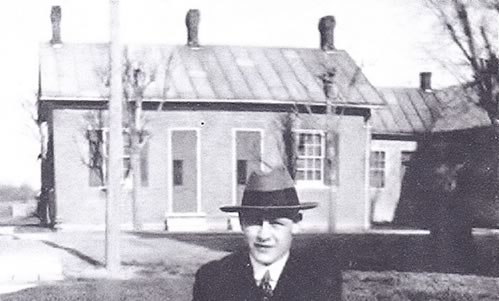 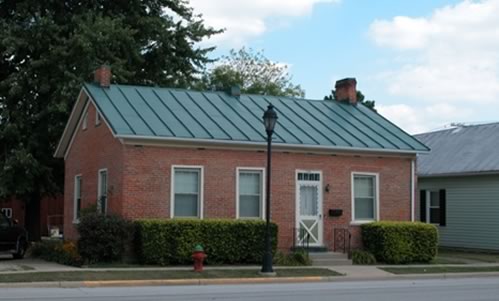 Additional Owners of the Pape House

The New Bremen Historic Association purchased the property in 2013 to use as a museum to display furniture made in New Bremen’s three furniture factories in the 1800s and early 1900s. The names of the factories were the Heinfeld Manufacturing Company, the Klanke Furniture Company and the Auglaize Furniture Factory. 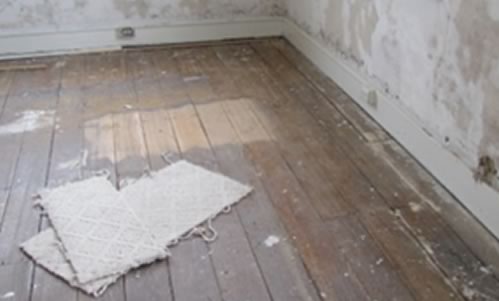 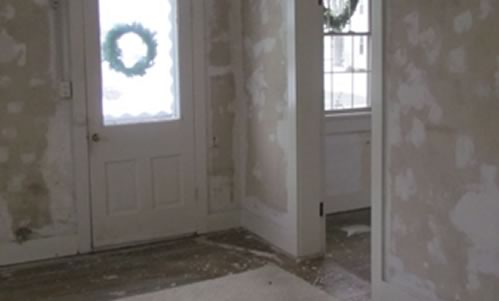 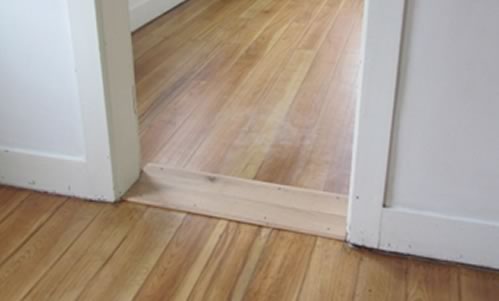 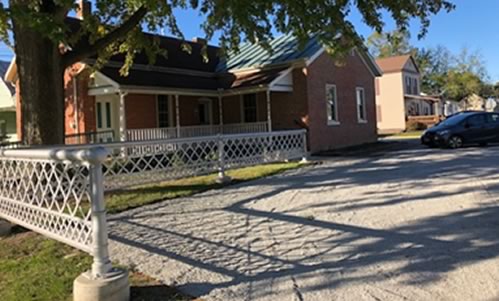 Bridge railing made by the New Bremen Bridge Company

Through additional donations from individuals and organizations, we have been able to restore both the interior and exterior of the house. The original wood floors have been refinished and the walls and woodwork repainted. The heating and cooling systems have been updated. Local contractors have replaced rotted soffits and eaves. A new roof, porch, sidewalks and handicapped ramp have been installed. The barn has been resided and painted. A bridge railing made by the New Bremen Bridge Company has been placed in the side yard.

The Historic Association has continued its work to maintain our two properties and increase the collection of artifacts contained within both houses along with the Luelleman house summer kitchen and barn. We invite you to tour all of our properties and see the exhibits, which are always evolving as new donations are made to the museum.