Dances by pupils of Kathryn Langhorst,

“A Century of Progress”

“The Spirit and Ideals of Our Pioneers”

[Note: The Crown Auditorium was where 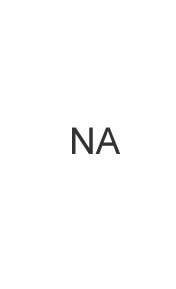 Dr. Edward Conradi was born February 20, 1869 on a farm near New Bremen. He attended New Bremen High School and graduated in 1888.

He served as superintendent of public schools at Carlisle, Indiana from 1898-1902, then attended Clark University in Worcester, Massachusetts from 1902-1905.

He was superintendent of public schools at St. Petersburg, Florida 1905-1909 and President of Florida State College for Women in Tallahassee, Florida 1909–1941.

Frank T. Boesel was born August 2, 1876 in the house later used as a Post Office at the corner of Main & Monroe Sts. in New Bremen. He attended public schools and New Bremen High School.

He entered Harvard Law School in 1896 and graduated in 1899. He was a member of Phi Delta Phi law fraternity and Order of the Coif.

He began his law practice in Milwaukee, Wisconsin in 1899 and engaged in active practice of the law in all its branches and in all of the courts, State and Federal.

He was appointed Special Master in Chancery in railroad reorganization matters by the United States Circuit Court of Appeals, Seventh Circuit.

He was a member of the University of Wisconsin Law School Faculty at Madison, Wisconsin for 23 years.

He was Director of the American Judicature Society, a member of Masonic Order 32 degree Knight Templar and Shriner.

He married Ella Mangold. They had 3 children: Charles M., John Phillip and Marianna. He died in December 1966.

He graduated from New Bremen High School in 1897.

He was elected prosecuting attorney of Auglaize County in 1910 and was re-elected in 1912.

He opened a law office at Wapakoneta, Ohio in 1911 in partnership with C.A. Stueve.

In 1927, he was the senior partner in the law firm of Tangeman & Boesel (brothers-in-law) in Wapakoneta, Ohio.

He was appointed Ohio Director of Commerce in 1930 by Governor George White and was reappointed in 1932.

He died September 28, 1940 and is buried in Greenlawn Cemetery in Wapakoneta, Ohio.