My Job at Schwieterman's Drug Store

Throughout my professional career I have worked for some large national and regional insurance companies including rising to the rank of Vice President in charge of Underwriting and National Director of Sales for an insurance company software vendor. That career was rewarding and played a significant role in my life, helping to provide for my family. However, I have to say the best and most enjoyable job I ever had was working for David and Ruth Ann Schwieterman at Schwieterman’s Pharmacy – or as everyone in town knew it – The Drug Store.

In the summer of 1969, at the age of 15, I made the lifechanging decision to leave the world of high school sports. I was too short for basketball and not good enough of a hitter for baseball anyway. Remember that was before we had a football team. I decided when I had the opportunity for the job at the Drug Store that my future earning power would be better in business than sports.

My brother Gary and my father Dale had both worked at The Drug Store, so I was a bit of a legacy hire. When I started, I learned of a long tradition that those who worked at The Drug Store would carve their names into a post in the basement. As time went along that tradition became more elaborate with some of us adding our pictures and even posting some type of words of wisdom. I wonder if those postings are still down there?

I worked with David, Katie Knost, Helen Schroer, Jim Hay and David’s mother Corrine who did the books and payroll at that time. Other student workers there with me were Nick Will and Kurt Wittenbrink.

My hours were very flexible but generally were before and after school, on weekends, and a few more hours picked up during the summers. It was not only the perfect job, but also the perfect location, being only 5 doors down from my house on Monroe Street. I remember summers working there between college. On Thursdays (after bar hopping in Ft. Loramie Wednesday nights) I would walk home at lunch, gobble down a sandwich, take a 50-minute nap, and be back at work inside one hour.

My duties were basically to run the soda fountain and grill in the back room, help the ladies with the front register as needed, make prescription deliveries throughout Auglaize, Mercer, Darke, and Shelby counties, stock shelves, general maintenance, painting, and literally anything else David could think of that needed to be done. How is that for a job description for a high school sophomore? 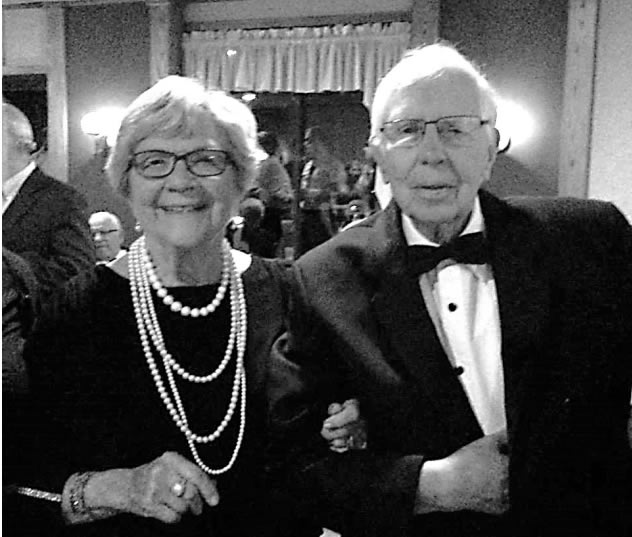 David and Ruth Ann were absolutely wonderful people to work for. I look back at those years working with everyone at the Drug Store, greeting the public, and hanging out with all my friends at the soda fountain (er, I mean working) as the best and most fun overall job experience of my entire career.

In November 1969, after just over two months at the Drug Store, I turned 16 and I got something David had been waiting a long time for me to obtain – my driver’s license. I hadbeen to Wapakoneta with my mom to take the driver’s test and she dropped me off at work. Upon learning that I passed my test David gave me a group of prescriptions to deliver to a customer in Osgood. However, the driving instructions were to a name and address in Maria Stein. When I questioned David as to why he gave me that name and address he told me he didn’t know how to get to the Osgood customer’s farm, but the person in Maria Stein did so I could go there and ask them for directions. I did it but cannot for the life of me understand how I found my way back.

At that time, the Drug Store was like an old general store – kind of like a mini-Walmart. We sold practically everything. Besides the obvious pharmacy prescription fills, there were veterinarian supplies, household items, personal care items, gifts, greeting cards and gift wrap, candy (remember the Jolly Rancher candy, bubble gum and Tootsie Rolls for a penny each), LP and 45 records, magazines, model cars and planes, toys school supplies, comic books, and, of course, soft drinks, sodas, milk shakes, hamburgers, French fries, and penny Rold Gold pretzel sticks. We even took in film that we sent away for developing. Why would anyone go anywhere else for anything?

All through the year (and especially at Christmas time) any item purchased at the store would be gift-wrapped for free while the customers waited. That was my first experience with gift wrap. I have Katie and Helen to thank for teaching me.

With all the jobs I did there the one that was the best and most fun was working the soda fountain in the back room that was absolutely the greatest all-time kids’ hangout in town.

We had hand-packed ice cream cones, milk shakes, sodas, sundaes, Coke, and 7-Up machines, and all the flavorings to add. Cokes were a nickel, a dime, and 15 cents. The big 15 cent drinks came in a carry-out carton that was approximately the size of a Wendy’s biggy drink. Milk shakes were 25 cents (in a carry-out carton), malts, sundaes, and fountain sodas were 35 cents. We also had a grill and deep fryer in the back to make hamburgers, pizza burgers, French fries, and onion rings.

The soda fountain was a very popular spot for kids after school and just about any time on the weekends to get a milk shake, soda or fountain drink, read comic books, eat penny pretzel sticks, and hang-out and catch up with all their friends.

However, the soda fountain was not just for kids. Every Sunday morning a group of men would come into the soda fountain after dropping their wives at church. Each man had his own special milk shake to order and they would talk and visit just long enough to drink their milk shakes and get back in time to pick up their wives at church. I bet a lot of people did not know that the Drug Store was home to a Sunday morning milk shake klatsch back then!

It was a sad time when the soda fountain closed in approximately 1973. Several of the ice cream freezers were going bad and they would have been terribly expensive to replace, so that was the end of a longrunning era. I remember that David took out an ad in the Evening Leader letting the public know the sad news. And sad news it was.

As mentioned earlier, there were “other duties as assigned” at that job as well. While working there, Nick, Kurt, and I helped David and Ruth Ann get their upstairs apartment ready when they remodeled…including carrying the slate for a pool table up the stairs. If you have ever picked up a piece of pool table slate, you know how heavy that is going up a flight of stairs. But we managed.

Some may also remember that Ruth Ann is a wonderful pianist. At the time of the apartment remodel above the Drug Store, she and David had her grand piano placed into the apartment in a very interesting way. A construction company came to New Bremen and took out the large picture window above the store front door, then lifted the piano through the window with a crane. That was quite the event to watch.

I remember another time on a Saturday that Ruth Ann was not feeling well but was scheduled as the organist for a wedding in Cranberry Prairie. He asked me to drive her to the church. He also gave me a couple of dollars and suggested I go over to the Dairy Queen in St. Henry for some ice cream and wait until the service was over, then go back to Cranberry Prairie to pick her up to return home. Where is Cranberry Prairie anyway?

Speaking of the front of the store, at Christmas-time David always hung a giant wreath over the front door over the sign that spelled out DRUGS. How many people know that the wreath perfectly blocked out the letters R and G, leaving DUS (David’s initials standing for David Urban Schwieterman). Interesting fact.

I’m sure others who have worked at the Drug Store over the years have as many or more fond memories and stories to tell…just the same as any of the kids who ever stepped into the soda fountain for nickel Coke or a 25-cent hand-dipped milk shake.

Members... click below to read this article as well as the full version of the January 2021 Towpath. If you still don't have your user name and password for access, email us at info@newbremenhistory.org.