Major improvement projects in 2002 were the renovation of the old brick patio area between the museum and the summer kitchen and the installation of a new 44” wide brick sidewalk on the north and east sides of the museum leading up to the new patio, all for a total cost of about $3,500 (including $752 for extra matching new bricks for the sidewalk.) By using this sidewalk and the rear entrance of the museum, the first floor is now handicapped-accessible.

Many a night was spent tearing up the old brick patio and power washing the bricks so that we could re-use the good ones in the new patio. Concrete retainers were then poured for the new sidewalks and patio. 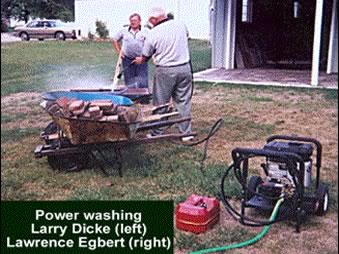 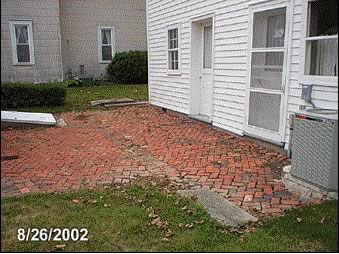 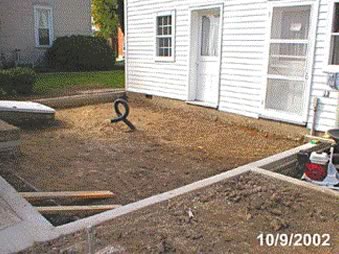 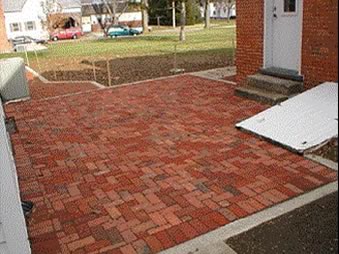 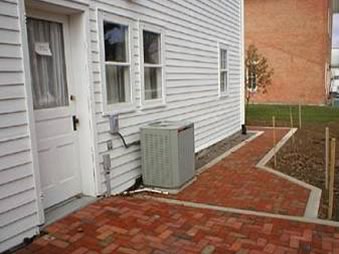 New patio & sidewalk behind museum
[The air conditioner was installed in July 1998.] 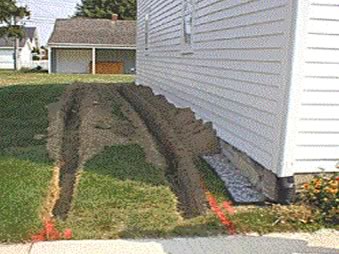 Making a new sidewalk north of the museum 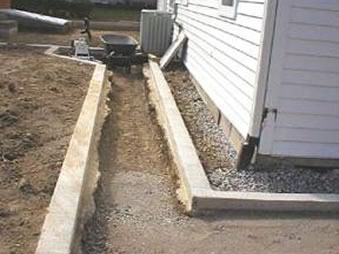 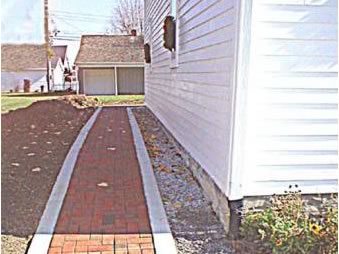 Our new sidewalk north of the museum!

Special thanks to Rodney Brandt of Lewistown, Ohio and his helper who donated their labor plus the stone and sand for the brick patio and sidewalks, including the new brick walkway to the outdoor oven.

Thanks also to the Village of New Bremen for the removal of a tree near the back property line, as well as for the use of some equipment associated with the patio renovation project and the outdoor light post, which is to be installed near the new patio.

The old village gas light fixture that had been donated to the museum by Ray Luedeke was refurbished and placed in the back yard of our museum near the summer kitchen on a light pole that had been abandoned by the village. It was electrified and given a light-sensitive timer.